Communicate to streamed level when "Make Visible After Load" is unchecked

I posted this on the answer hub a few days ago, but didn’t get any responses, so thought I would try it here in the forums.

I have loaded a stream level and have ‘unchecked’ “Make Visible After Load” because I want it to appear at another point in time (I want to animate some actors from a different position into their initial position, so want to do some modifications to the level before it is shown). 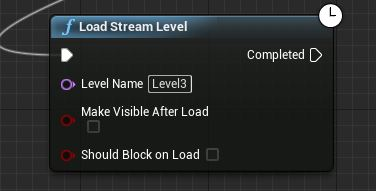 The problem I have, is that I don’t know how to communicate to the streamed level when it hasn’t been made visible! I tried the Remote Event, but that doesn’t seem to work. Does anyone have any ideas?

The only solution I have at the moment is to check “Make Visible After Load”, and instead hide the visibility of all objects in the editor first, but it is making designing the level quite cumbersome!