I watched “Blueprint QuickShot - 6 - making Procedural Content” and created the same ManyBoxes blueprint. Then I decided to give some physics to boxes and created a blueprint called PhysicsBox, that contains a static mesh component with enabled gravity. In ManyBoxes, I changed Add StaticMeshComponent to Add Child Blueprint, and set PhysicsBox in its parameters. But when I tried to simulate this, all boxes moved to the other point, but the root component of ManyBoxes didn’t moved. But if to use just PhysicsBox, then it works perfectly 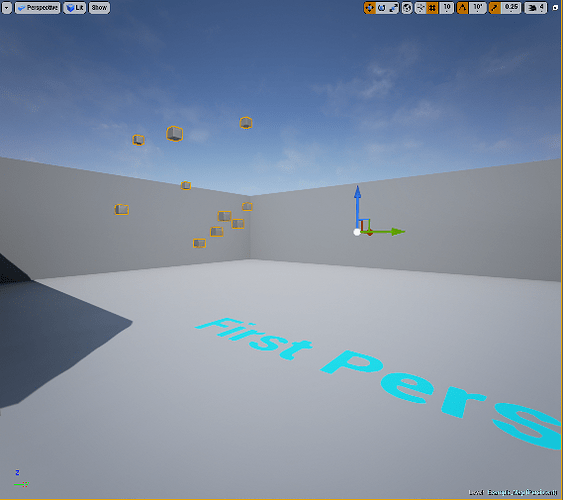 I created another project and migrated ManyBoxes and PhysicsBox in it to test them, but they still don’t work…

What it can be caused by
?

P. S. Does the EULA allows me to upload ManyBoxes.uasset and PhysicsBox.uasset? If yes, then how?

Added the *gif file, that illustrates the problem:

I found the problem!

I tried to use wall sconce instead of PhysicsBox, and everything worked perfectly.

I checked the differences: PhysicsBox had only 1 component - static mesh, and wall sconce had 2 components (actually there is also a point light, but it doesn’t matter) - scene component and static mesh component.

When I added scene component to my PhysicsBox, the problem was solved.
Thanks to everyone for your help!

P. S. Why the scene component was so important?