Character animation runs on it's own - Blendspace

I give up. I set everything what was possible yet my character is contantly moving in-game. Slowly. I don’t know how else should I set things up so maybe someone will be able to tell me what is the cause of constant animation. Everything looks ok but in-game the character moves on it’s own.

Any idea? Thank you

At the bottom of your blend space, add your idle to the lower right and lower left nodes.

That should help it blend to a stop on all directions. The complete stop is only on your idle blend at zero direction.

Darn I solved it in 15 minutes after you gave a hint Devero, thank you a lot. Yesterday I spend 4 hours on it. One should probably really ask…

The issue of animation was of course the setup of blendspace, yes. I checked how Owen is set at content vault in content examples. That helped a lot. My mistake…

After I fixed that I noticed that my character is not acting correctly. The issue was in orientation towards world’s axis. This was simply solved by forcing the character actor to be always turning at 0 rate toward world’s axis. Simply I allways look forward no matter what. 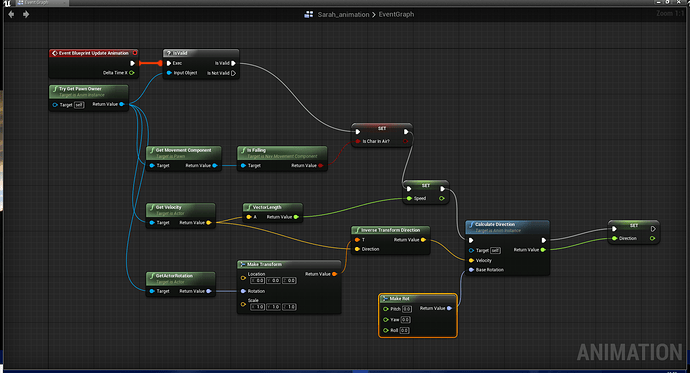