Change Animation BP after picking up an item

Hello, I am currently experimenting with the Dynamic Locomotion BP. But i just recently added a ball that the player picks up in their right hand socket when they collide with it. Problem i have come by is, I would like the same Animation BP that i have right now, but with a state where he holds the ball in a certain position while he runs around. AFTER he has picked up the ball. I’m sorry if i’m not making much sense. I will try to break it down in a simpler non paragraphed way.

Player prior to picking up ball has locomotion

I have an Idle With Ball Animation

I would like to have the pose of player with ball used in locomotion AFTER he has picked it up.

Here is an image of the overlap that happens when my player runs into the ball, which then causes it to go to his right hand 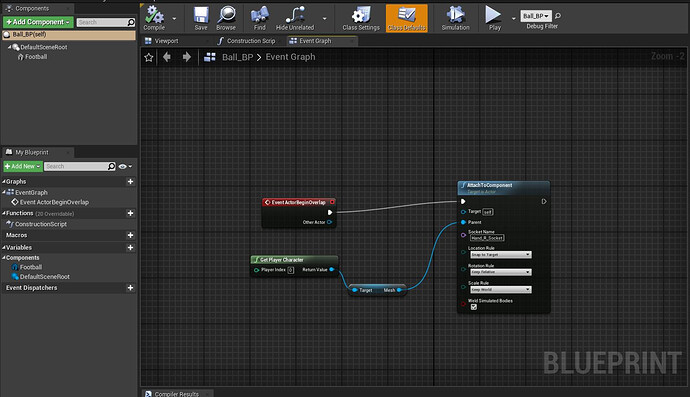 Player-Picks-Up-Ball-On-Overlap.JPG1441×830 175 KB
Here is a cap of the Idle_With_Ball Animation i have. I would like this animation to trigger once the player has the ball. I would like to keep how its right arm and hand are while using the current locomotion or anim bp.

I would like to get an answer to this question, too.