I’m having a problem with the interaction between two BP. There’s a lot of documentation and answers about I would like to do, but it’s not working for me.

I would like to change my animation when the user press a key, so following documentation I created a BP Class (TeclesProta) to detect when the key is pressed and thats working OK. 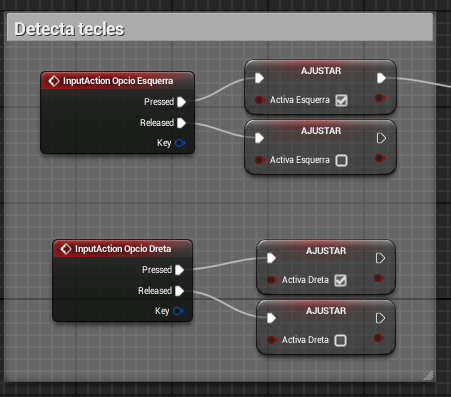 I have an Animation BP (ControlProta) where I have my animations and where I controll the transitions. I use a Cast to BP Class, but the cast always fails.

What am I doing wrong? What should I do to get the variable I want from TeclesProta when I press a key?

Still need help with this, anyone?

Anytime I am getting a failed cast I am usually using the wrong object. Try another object that makes sense. Maybe your player character.