Cannot Include Avatars in the Forum

Hey @Rawalanche - I didn’t mean it to come off that way. We’ll need to discuss it as a team though, and determine if opening it up widely makes sense or levels are a solid route. We’ll keep ya posted!

Not really, only since 2013.
And @Amanda.Schade please do not use that gravatar trash. Local uploads is what the community needs.

Well… yes… since that’s when it was released:

One of the most requested features in the last few months is easily custom avatars. Although Discourse has always supported standard Internet-wide Gravatars based on the account email address, there were some long-standing concerns: Some people...

What’s funny is that Wikipedia rewrites history, marking the initial release as 2014…
Yet, I remember looking at it in 2012 while it was being developed. Go figure.

Heh, was that supposed to counter my point?

That’s like me saying “Unreal Engine allows users to use ray tracing”, and you come in saying “Not really, only since 2019”… Well, obviously

No, may point is more to the fact that it wasn’t a native function but something you actually have to configure.
Whereas raytracing is more of a native function. You don’t have to install an extra module for it to work or turn on a plugin…

That doesn’t seem to be the case according to this 2013 blogpost. All you have to do is to turn it on:

One of the most requested features in the last few months is easily custom avatars. Although Discourse has always supported standard Internet-wide Gravatars based on the account email address, there were some long-standing concerns:

I mean, in UE, you also have to first enable ray tracing and restart the engine to turn it on. Bottom line is that even if custom avatars were an external plugin, I still don’t believe it’s nowhere near difficult to achieve, especially for a corporate entity the size of Epic

No need to make it look/sound like it’s some significant amount of additional work.

Absolutely never ment for it to sound like it’s a huge amount of work.

Just pointing out from having it activated elsewhere it’s not a defacto function.
Unless you go and do it, you won’t have it.

Additionally. It’s not the only thing they screwed up with the install

Any news on the custom forum avatars? I am visiting more discord based forums than just this one, and I am usually much more engaged on the other ones simply because of the fact that when viewing the “Latest” section on the homepage, I can spot my favorite users by their usually unique avatar and quickly jump in to see what interesting thing they had to say.

On this forum, it’s mostly disappointment because everyone uses the same avatars so it’s almost impossible to tell if someone I like posted something

The amount of value the lack of custom avatars removes from this forum is significant.

It’s make posts very hard to read at a glance too. You have to keep checking the name to know who’s saying what since the avatar is a colored letter or a generic picture.

Gimme back my custom picture, that’s who I am across the web.

It must be a very thorough exploration and research, it might take years to prepare with the greatest minds of the world and the leading edge experts on the topic. I can’t wait to read their white-paper “End-user specified pictures attached to every text entry submitted by end-user on a threaded communication platform”. Exciting times we live in today!

It’s make posts very hard to read at a glance too. You have to keep checking the name to know who’s saying what since the avatar is a colored letter or a generic picture

Epic should have run a pilot first to discover usability issues. Maybe the thinking was: ‘Well done team! We’ve made the Forums into a wasteland now. So there’s only maybe 10 or so people posting anyway. So we’ll never actually need more than 14 different avatars, right?’

Exciting times we live in today! 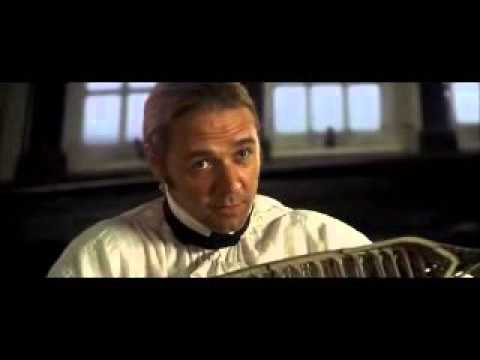 It’s not a matter of implementation, it’s a matter of moderation. We’re looking at using Trust-levels to unlock custom avatars.

ofc, I was just pulling legs. but speaking frankly, this is not exactly rocket science. neither it is moderation wise: you see someone with nasty profile pic, you report/ban the user. I agree with trust-level requirement actually.
however tangentially speaking: until you finish playing 3D chess against your minds about this, can you please allow the users to go back to the single letter empty avatar? the default case before setting one from the pre-defined presets. I clicked on them to see how they fare, but I can’t go back to not having an avatar.

I clicked on them to see how they fare, but I can’t go back to not having an avatar.

I am confused. Even new users are allowed to immediately post pictures to this forum, as well as links (which can be malicious). So on the one hand, Epic is already willing to take on the responsibility to moderate pictures in the form of post attachments posted by new users, but is not willing to take the same responsibility in terms of moderating the pictures in form of avatars?

This doesn’t add up to be honest.

EDIT: Also, I am not sure trust levels would be sufficient solution anyway, since there seem to be some bots here posting random posts just to gain the trust level: Profile - Bravito2020 - Unreal Engine Forums

@VictorLerp +1, would be really nice to be able to upload avatar

Improves user engagement, i.e. group ability to help itself instead of bothering you. So you can focus more on important things.

But you can upload an avatar - you must have seen the avatars of folks above you own post, surely…