CableActor not moving with parent in game 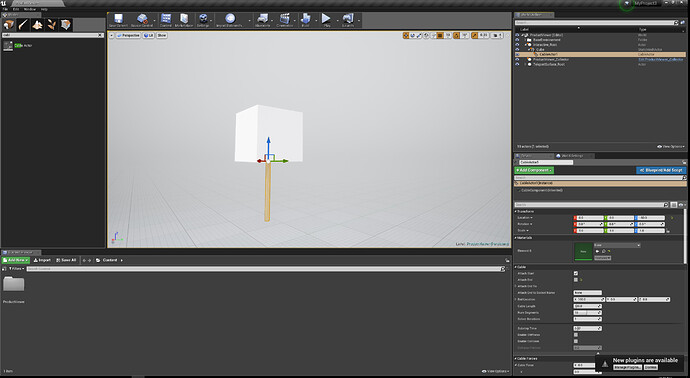 I dragged the CableActor upon the Cube, like shown in the screenshot. And it moves fine along the cube in editor. But I should somehow “attach” it?

Have you tried attaching them on begin play?

Attaching it does not work either. Same thing. Works fine in editor but not in game. It’s the same for all other objects. Attach does not work in game. Maybe it’s the “Interactive_Root” that’s missing something?