Example. Ball has bool for bIsCurveLeft

On tick is true. It run an event each frame to change the direction

i use rotate on axis of up vector and use a timeline to update the angle and use its current speed added to it with the new rotation angle so it turns rather then just being pushed sideways.

Now note this critical part is the curve needs to be able too stop which is why it’s on a bool and not just an event run. So if the ball is influenced it will stop curving or can be set to curve again perhapse in another direction

Though thiugh is within the timeline I check this bool.

Outcome I’m hoping for is. If curving apply the change of direction for 3 seconds unless interrupted and use a timeline so I can make the angle ease. Ie 0 seconds 1 degree change scaling up to 45 degrees at 3 seconds.

Event tick checks to see if it’s curving and fires and even which sets it back to is not curving however that event runs a timeline from start applying the curve (decided by bCurveLeft right etc) and each update its looking at stop curve which is false till interrupted. Which if true is no longer updating the direction.

Anywhoo anyone else got ideas?

You should use the delta time float provided by the tick event to make anything frame time independant.
Just multiply the movement amount by the delta time and you should be good.

Edit: On closer read:
I think that you will need to use a curve to define the angle and advance along that based on delta time.
Could you post the relavent part of the BP to help me understand the setup?

The timeline method seems to be doing what I want it to do I’ll post screen shots in case someone else ever needs to do something similar or has a better idea. 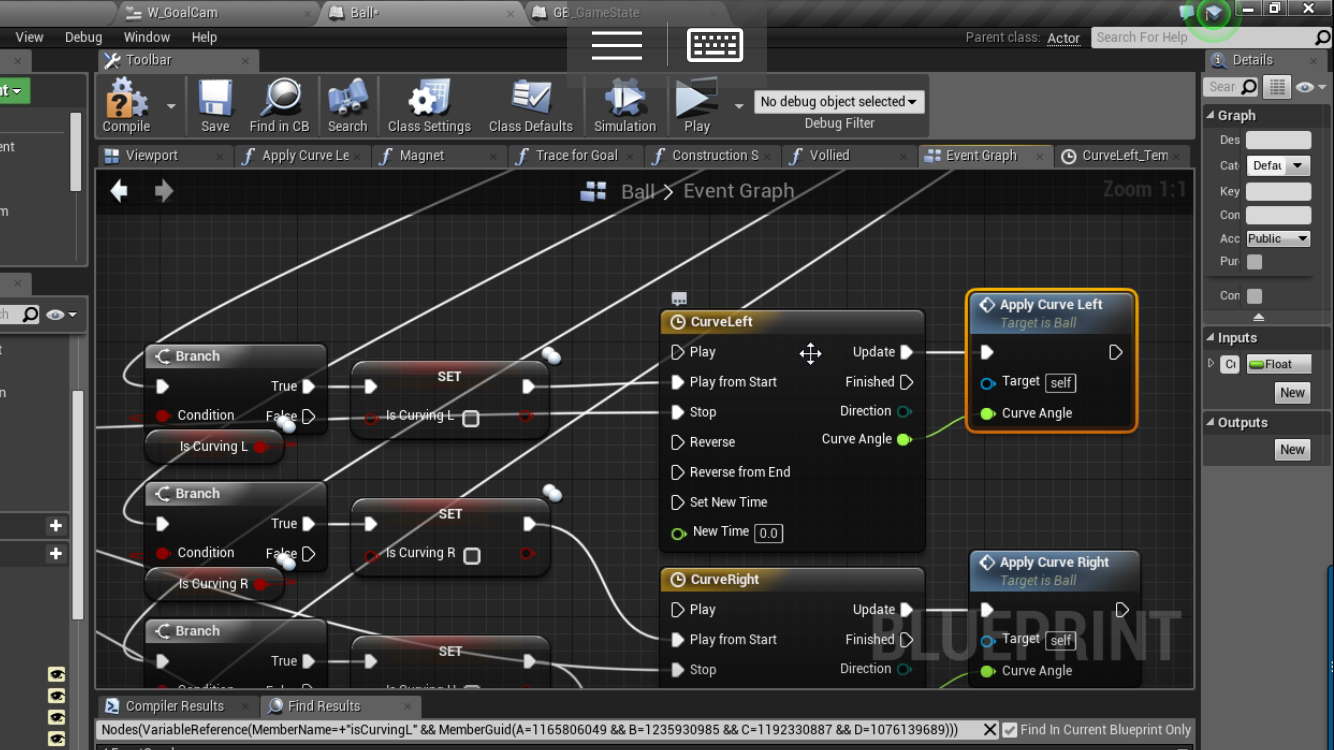 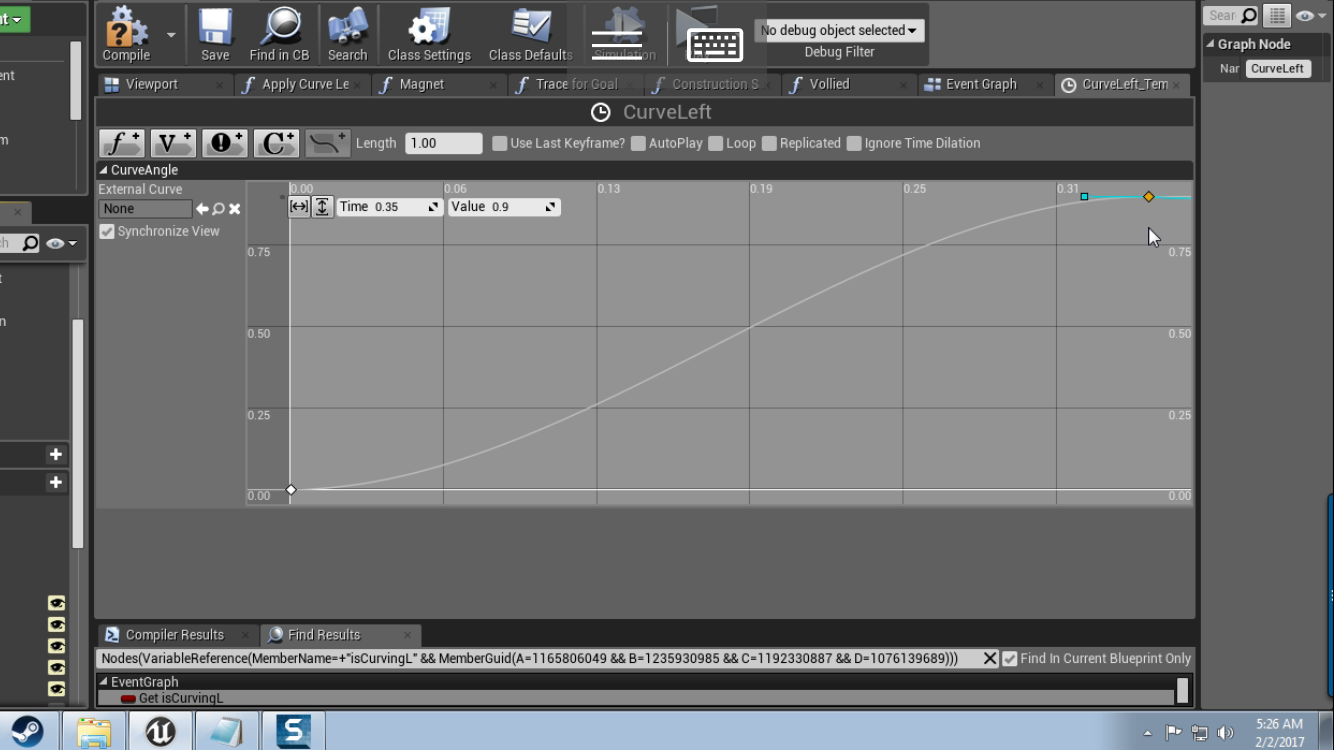 Hope these came out ok mix of iPhone rdp and screen shots hah. 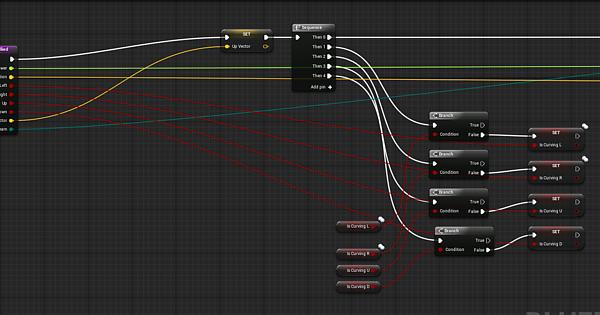 Video was private should be pub now