I’m trying to spawn two body half’s for my enemies, this happens when the character does a vertical slash. I’m able to detect a vertical slash in the middle correctly, and i want to be able to cut the enemy in two half’s.
So my approach is that i hide the current enemy actor and i spawn two half’s, both at the same location but with different rotation only (since i’m using 2d and my sprites are symmetrical). and they i’ll apply torque in two different directions so one can fall to the right and the other can fall to the left.

My problem is, when i spawn the two half’s they seem stuck together and they both use the same physics. i tried to give each actor their own torque but both of the uses the same one exactly. And when i tried without using the torque both of them falls aligned ( they’re still stuck) 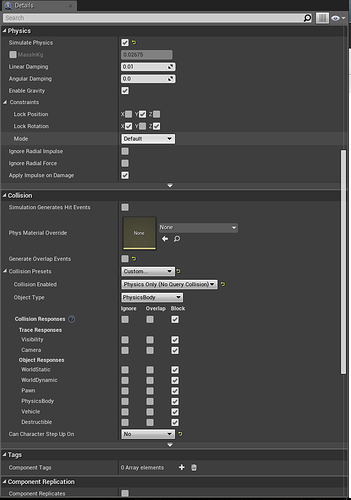