Best way to allow physic actors to move under the Character?

I am trying to figure out best way how to solve my problem. Problem is that Characters are blocking the physic actors from moving. I have a balloon gun that can be used to shoot the balloons. Everything is working great when i pile up physic actors and shoot them. The physics are working and the weight is counted correctly. Problems are rising then i place Character on top of the physic actors. Character itself isn’t simulating physics so it is like titan and everything below it cannot move correctly because they are constantly struggling and hitting the collision box Character is making. Here are the pictures to clear up the problem:

This is working great, i can knock out the bottom box and all physic is working fine: 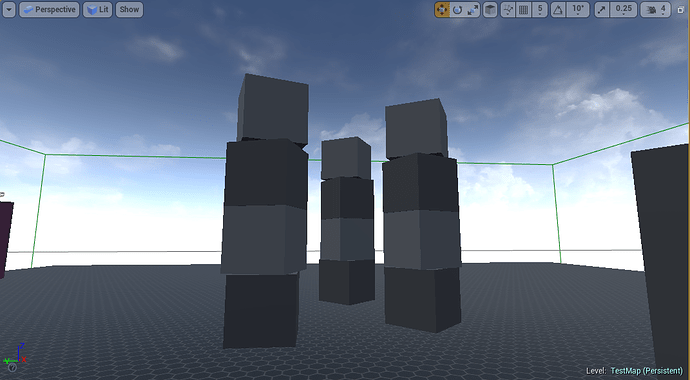 This is the problem. I would want that player can shoot the pillar to make it fall and all enemies could fall with it. Now they are blocking the movement because they are “static”. 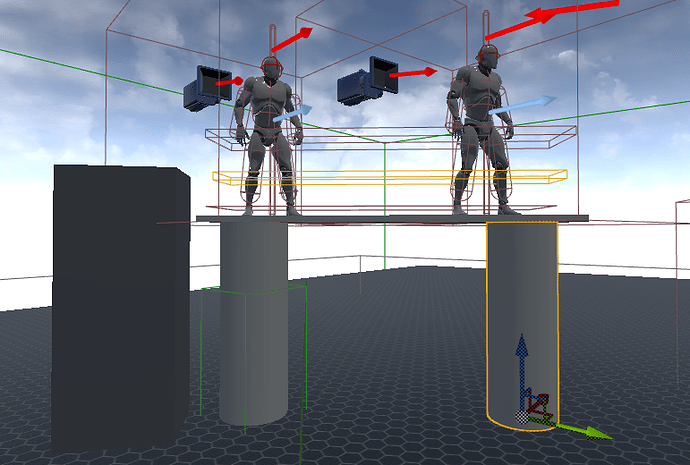 What i have done is created a collision box in pillars and placed them so they are colliding with Charactesrs. Then i measure the hit-force the balloon is causing to pillars. If the hit-force is high enough then i will get the overlapping Characters with the box and activate ragdoll. Then everything is working like they should but there is a big problem. If i create very complex system then i need to place the collision checkers everywhere with every item that could possible fall, besides that i would need to calculate different things for different balloons. It would be massive work and still not so stable system.

Is there a easier way to handle this?

Did you try looking into defining different collision layers so that the characters do not collide with:

Choosing what collides is obviously very important, but it can be tricky, and it’s a problem that we have spent quite a while discussing while developing UE4. The system we have can seem a little complex at first, but it is very powerful and...

Did you try looking into defining different collision layers so that the characters do not collide with:

Yes. I have looked them. Character should have collision with the objects because sometimes they are standing on top of them. If i remove the collision they would fall through them. I’m dont think this can be solved using the collision channels. hmm