In this thread I am discussing 1 particular function:

I did the following

#Rotating Skeletal Mesh FBX For You on DropBox

Here’s my exact asset on dropbox if you wish to use it for testing.

The only socket/bone I’ve tested with is Top

The relative socket scale for the socket that the SMA is getting attached to is 1,1,1, no scaling at all 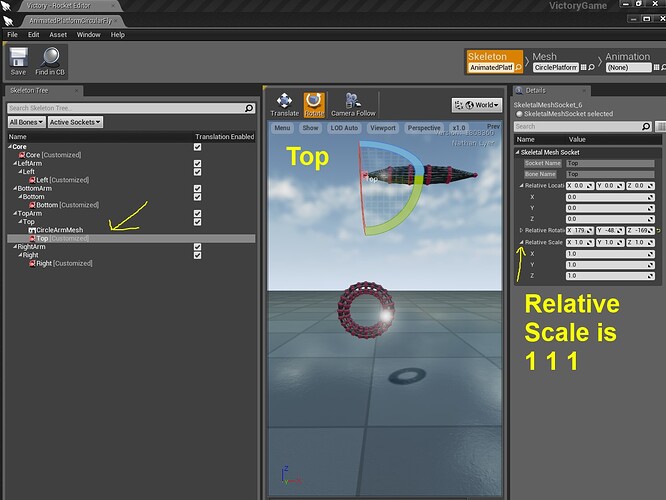 #My Results in Current Build

Because my original skeletal mesh was pretty small from 3ds max, I needed to massively resize it in the level, about 10 times bigger, still only 1/3 of what was really needed

The bigger I made the skeletal mesh actor, then when I played the level, the smaller the attached actor became.

This resulted in me having to make the original SMA HUGE just so it would not get scaled down too small to stand on.

Here’s the size I made the mesh in Editor, so it would not scale down to invisible in PIE 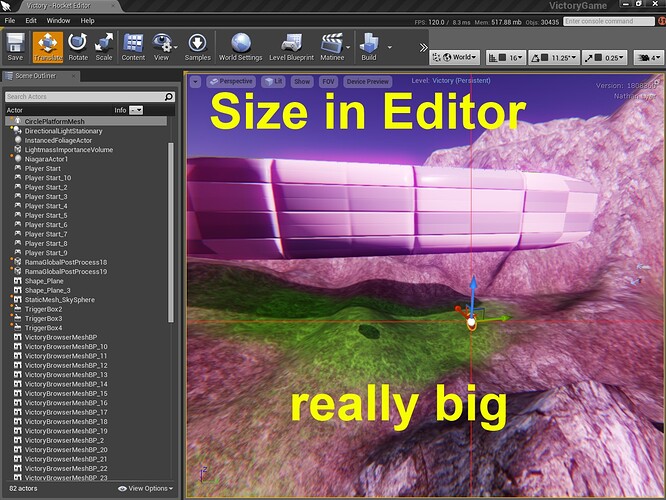 Here’s the scaling that occurred automatically in PIE 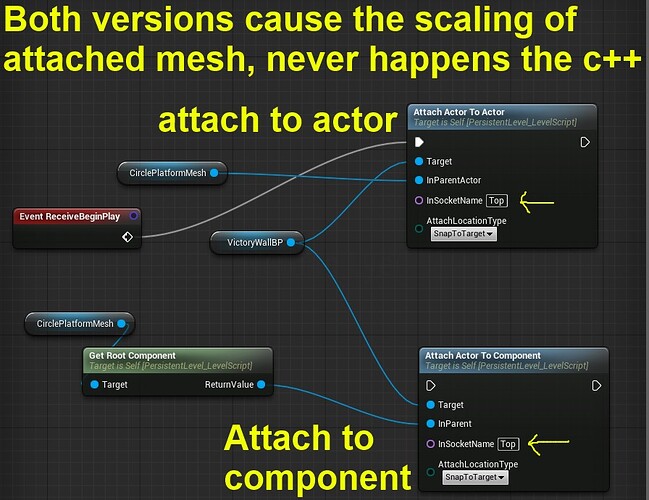 Then I took the exact same setup, did not change the level at all

#Server,
the SMA became really really small, smaller than PIE, and any other previously seen size

#Client,
the SMA did not become as small as in PIE, it maintained original size of the editor

but I am doing the function on a Character’s Mesh, not a skeletal mesh actor

#What is All This Weird Non-Replicating Scaling?

I’ve never seen this before, it never happened with all of my tests in C++ with a character as basically a wrapper for the rotating skeletal mesh

I embarked upon these tests because of this thread:
https://rocket.unrealengine.com/questions/7844/creating-complex-rotating-skeletal-mesh-platform-r.html

Thank you for your report. I am looking into this issue, but I am getting different results when I PIE. I imported the AnimatedPlatformCircularFlying(APCF) FBX with animation and added a socket. Then I placed the APCF SkeletalMesh in the level and gave it the Animation Sequence data (set to looping). After connecting a SkeletalMesh to the “Top” bone’s socket via the Level Blueprint, I scaled the APCF using the Scale widget tool. I then launched a listen server with client, but the attached object maintains the same size for both views. Is there anything about what I have done that is different than your reproduction?

There is a chance that something else in the project is altering the scale behavior. If you create a new code project, import the fbx and set up the scene anew, does the result change?

Thank you for taking the time to look into this!

So you’re saying that no scaling of attached object is occurring for you at all?

The attached object is the same size in editor and in PIE?

Also I was attaching a static mesh actor to the top socket via level blue print, not a skeletal mesh,

oh and btw I like your acronym APCF hee hee

I just got same results with a skeletal mesh actor 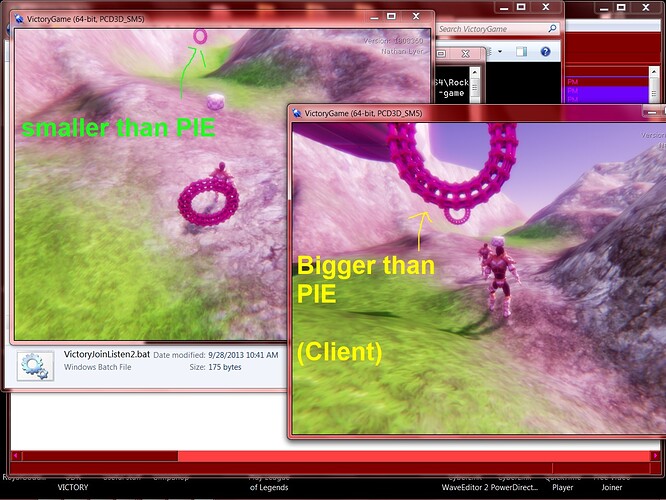 but whatever the case