Artifacts on some Starter Content SMs in Unlit Viewport

My level looked fine until suddenly it didn’t, in an unlit viewport. The screenshot below shows the horizontal artifacts that suddenly appeared on static meshes from the Starter Content. Other meshes in this level look fine.

If I toggle to lit mode, or any of the visualization modes, all is well. I’ve tried (unsuccessfully) all of the following:

Changing the Material from the default that came with the content does fix the problem, but of course I’m then using the wrong material. If I open the Material Editor, that material looks fine on the preview primitives in unlit mode.

This reproduces on my laptop’s 4K screen and on an external 1080p monitor.

The artifacts shift around when I move the mouse, whether or not it is over the viewport. I may try rebooting the computer, but other apps are not having any issues of which I’m aware. The system is basically idle other than Unreal editor and the Chrome browser where I’m typing this.

I’d appreciate any suggestions on what may have caused this to suddenly appear, or what might fix it. It’s not production-breaking because so far it’s only in a sample asset and only with one material, but I’m afraid of it occurring with something more important and I wouldn’t know how to fix it. Thanks! 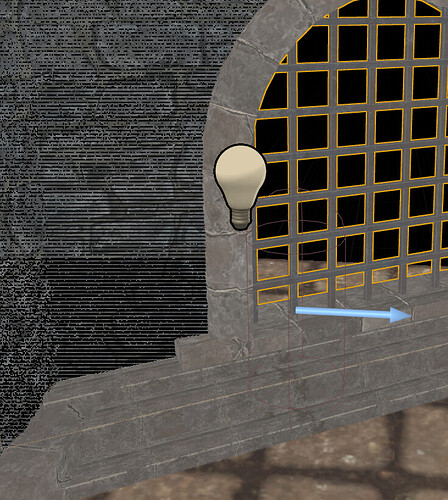