I really cant understand this topic. So I have a door in 3D max its 2200mm high by 1200mm wide 125mm thick. how do I go about so its the same size (looks, feels right) in unreal4 ? My system unit setup in max is 1unit = 1000Milimeters , Display unit scale set to metric.

edit: all the other post I read , talk about model accordingly to unreal. but I cant model, the model already comes as is from ArchiCAD so I want to export it without doing changes to it…

Thanks for any input

Yeah it is a bit to get ones head around but it’s just math and the only thing that matters is if it’s done using real world measurements.

Google is your friend

What comes back is 1 meter.

The easy math comes in as it’s just 10 based math.

2200mm then becomes 2.2 meters as to the size you would expect the height of the door to be.

This puts you in the butter zone because we just verified in fact the the relative scale of all objects in the scene was done to real world scale/measurement.

What are your options. 3Ds Max does not have a built in means of rescaling if you change the SUS while the file is loaded but what you can do if you want or need a working copy of the scene as to source control.

Set your SUS to 1 unit = 1 centimeter and load the file.

When asked select convert to current system units and everything will be scaled to centimeters.

When exporting set the FBX to export as centimeters.

Since it is a real world measurement try (as I’ve yet to do it myself) setting the FBX units to export meters.

The bottom line here though to get you head around it is was the source created using real world scale and if it does then your in the butter zone and you should only have to tell the FBX exporter what was used in the SUS to just keep the right scale.

Thanks for your reply. Yes setting it to cm does make it look more realistic. the camera man is right below the top of the door, the door handle in the “right” place.

So I moved to the next step, imported a house using CM as the unit setup. But walking around makes me feel really fat… ;p The halls feels too narrow, the height feels ok but still I feel clumsy walking around, is that because the camera has a too wide angel ? Or could this just the model, the house is a model made for the real world ^^ so confused on what it could be. Or is it just the awkwardness of navigating around that makes it feel like that ?

Yeah it is a bit to get ones head around but it’s just math and the only thing that matters is if it’s done using real world measurements.

Google is your friend

What comes back is 1 meter.

Also note, the default ue4 character is 192 cm tall. So he’s a rather big guy, which might be the reason why your level still feels a bit off.

Yeah sorry about the math typo but your still in the butter zone.

Jinh yes your right “a” camera generally creates a false sense of perspective limited by the field of view (FOV), and in this case a video monitor, so it’s not uncommon to scale up by say 10% relative to the actor (player model).

In the case of a video game that uses guns if you make a gun to true scale it would look like a popgun by comparison with little visual impact.

Check out Freddie Wong’s Video Game High School on YouTube. The gun props he uses are massive as compared to their real world counter parts but read so well on film that you don’t really notice unless your paying attention.

You could up your FOV but then your going to land up with a lot of sea sick players.

On the other hand don’t go to nuts. 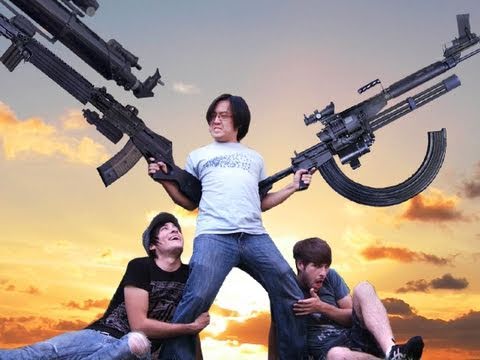 Yeah just what I had to do. Up the FOV to 100 from 90. and scaled to 1.25 from 1. just to make it more “realistic”. But it really disturbs me because this isn’t suppose to be a game, its more of a realistic architecture visualization thing, but having to fake the scale feels all wrong. Getting to the point of just leave Unreal, sadly I am starting to think it isn’t fit for the job.

Well that has little to do with the engine and more as to what comes stock out of the box.

A given engine generally does not add or take away as to a digital finger print but simply does what you ask it to do. Buying a camera you might not get the lens that you need.

What you might want to do is get the real time rendering example, when ready, and see how they have their camera setup, blueprint maybe, that corrects for perspective abnormalities.

Rule of thumb though real time rending is not a free lunch and there is a lot of work required just to make thing look realistic.

you are very right on what you say. It takes alot of work to make it look good. Its not that the problem I am having. I don’t mind the work , I am just struggling at the moment with the workflow. I feels its trail and error and just “feel” for what looks right. Where as I wish there was a more straight answer, do this that and this and so on , hours later I will have a correct scene set up. Now I feel I am in the wilderness just doing what feels right,which might not be right. And when a trained eye comes and looks at the scene and says eeh why is this so strange looking and I am like ooh I thought it looked fine. Thats why I would have liked it better if there was a recipe to follow on how to make it look realistic. And then I can work on making it look “good” at least the base is realistic from the construction part of view. But perhaps I am asking too much. After all its just a game engine, made to make things look good not 100% accurate realistic. Enough rant, yet again thanks for your viewpoints.