So I tried to create a flashlight which the character can spawn by pressing F. The idea was that when you press it the Blendspace2D that contains the idle/walk/run animations blends with a “holding the flashlight” animation, and then a spot light turns on. The blending part was easy to do but for some reason when pressing F it sometimes takes some tries to play/unplay the blended animation, but the spot light works okay, so it gets out of sync with the animation and because of that there are times in which the arm is raised but the light is turned off. 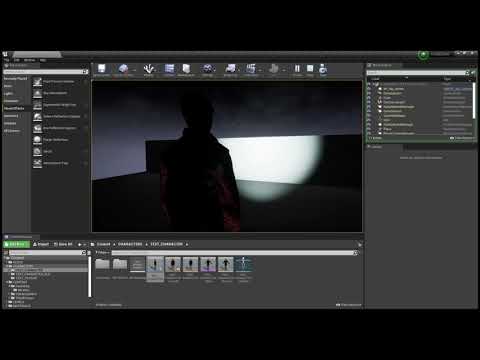