What is additive animation? Why is it needed? And how can I use it?

Step 1 is to get the player moving based on the needs of the project. This is rather easy to do as you only need to trigger the current “required” state. Super easy to do but the sauce is in how the animations blend into and out of the current state that makes video game animation look smooth and at leas pleasing to the eye.

The normal process is to take the current state (A) and blend it into the desired state change (B) directly based on weighting the blend in time. The result works but as the action plays out it tends to look unbalanced as to expectations of real world movement.

By adding an additive pose, sometimes refereed to as a corrective pose, you can create a target pose between A and B as an absolute instead of using interpolation.

A good all round premier 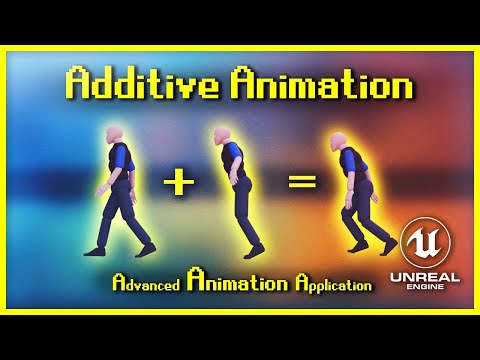 Where the Oh boy comes in though is all video game animations is based on the “context” of what needs to occur as to achieving the desired state change, once again the current state is super easy, so I think a much more broader definition is the ability to change the single key pose with out having to make an entire animation set.