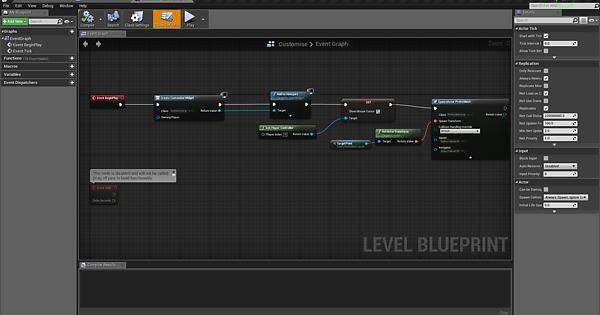 As you can see in these two images I’m attempting to destroy the referenced component* although it says actor, I was merely trying to get some form of results but alas. The goal of the blueprint is that it’s meant to destroy a component after a button being clicked but for some reason the message is received but never goes through the destruction process, I have tested with breakpoints and it is being received. Wasn’t able to find any similar problems through my searching, I feel it may have to do with variable that I used within the Widget Event Graph, it was a reference of the blueprint that I was attempting to remove the component from.

P.S. I attempted a visibility toggle as well with the same result of nothing happening.
Also on a side note does anyone know a way in order to re-add a component to the scene it was on, I’m going for a customisation menu where the buttons toggle equipment on and off.
All help is appreciated
Cheers

You are using a reference to your Proto Mesh, inside your widget, and are trying to destroy the object pointed in this reference.