Above all, I have to tell you, I am Chinese ,and I am a middle-school student , so my English is poor,I do beg you pardon.

Yesterday I meet a big problem.My project was completed , and I packaged it successfull.
When I test my packaged game , I founded a bug , so I backed to my project to fix it.

It was a little bug. In order to fix it , I had to change the default value of a variable in a struct.
After my changing, I tried to package my project again, but no matter how many times I try , it failed.The error code was always 25 (unkown error).
I tried to find where has problem, but I failed. After two hours’ work , I felt so annoyed.

I decided to change the default value of the variable in a struct back to the bug version. But the problem still happened.
Then , I read the white message in the message diary, and found there were lots of complied errors.All of the errors were about the struct I changed.
I started to search the root cause. At last I found that when I change the default value and save it , it is not only save the struct,but save lots of other blueprints. 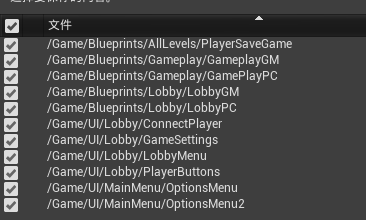 I realised that those blueprints are all relate to the struct I changed.
So I opened one of them, and I found the problem: the blueprint was no compiler!!!

What’s more, please let the complie error message in the message become red, it is a big error!

That’all. Thank you for reading.