[4.17] How to get two beam emitters in a single Particle System to match up?

Im trying to get a long arrow effect that stretches from a fixed location to where ever on the geometry the players mouse pointer is over.
The Particle System is made of two beams. The Beam, and The Pointer.
Both Beam Emitter’s “Method” are set to “Distance”. In my code I manually set the Particle System’s rotation and then pass in a “DistOffset” parameter.

The Pointer has a “Source” Module, it’s “Source” Parameter uses that “DistOffset” value.
The Pointer’s Beam Data > Distance Parameter is a constant set to 200.0

However, in game The Pointer starts approximately 25% behind The Beam’s end point.

How can I force the The Pointer to be placed properly?
Below are a couple of images illustrating this problem.

In the Particle System Editor the beam placements are correct. 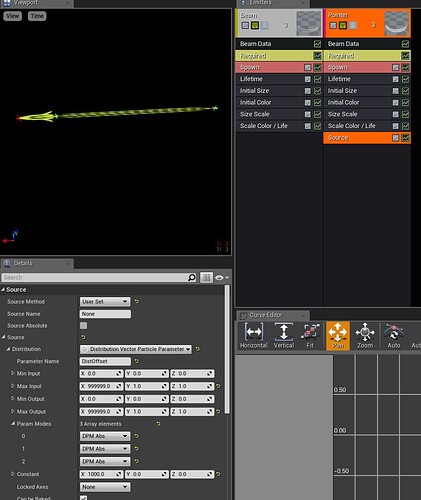 In the Editor Window, and In Game the beam placements are incorrect.
(Note The Red and Green cross-points) 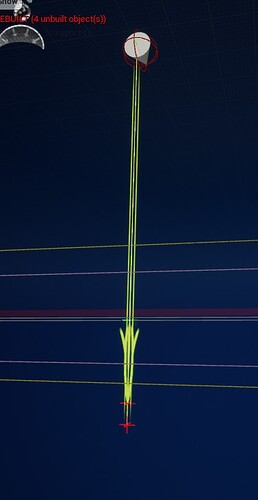